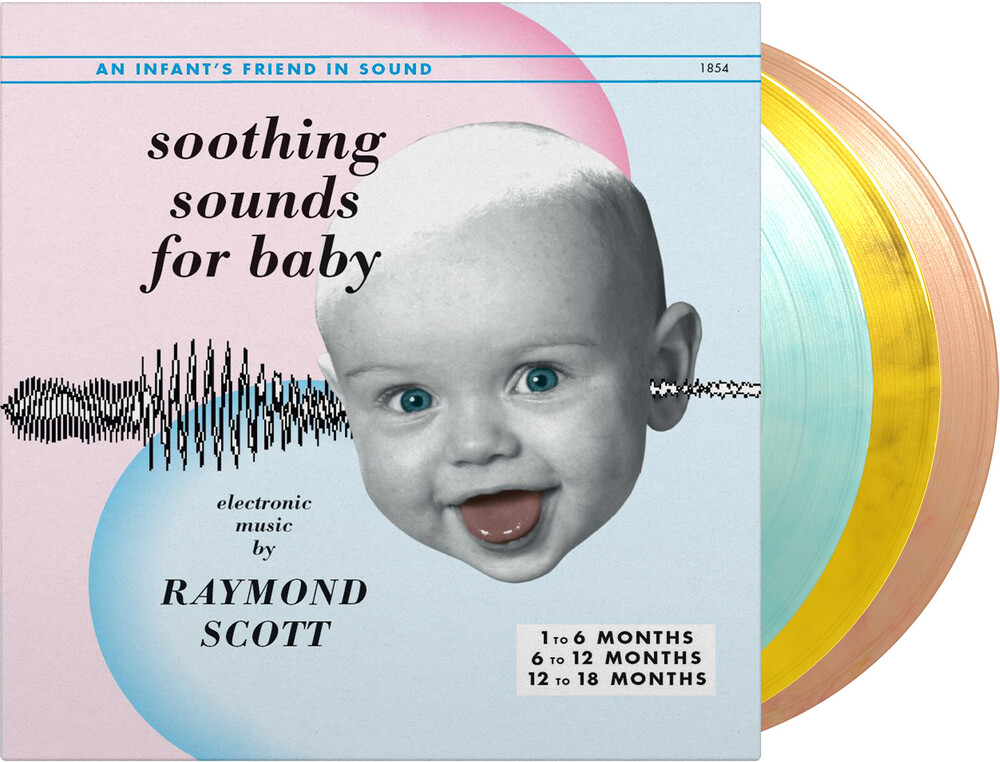 'Raymond Scott was definitely in the forefront of developing electronic music technology and in the forefront of using it commercially as a musician.' - Robert MoogAmerican composer Raymond Scott (1908-1994) had a long career as an innovator in the field of music. He formed the Raymond Scott Quintette in the 1930s, whose jazz novelties became known for their use in cartoons such as The Ren & Stimpy Show, The Simpsons and Animaniacs, as well as various films. In the 1940s, he had a big band and led the orchestra on TV's Your Hit Parade from 1950-1957. Along the way, Scott invented electronic instruments and developed pioneering studio techniques. He is considered tobe at the forefront of developing electronic music technology and using it commercially, and his ambient minimalist style became a source of inspiration for musicians like Brian Eno, Robert Fripp, Steve Reich, and Philip Glass.Scott recorded Soothing Sounds for Baby in 1963 using electronic devices such as the Ondioline, homemade rhythm and tone generators, and tape echo. This series of 'aural toys' was designed for babies in three age groups (1-6 months, 6-12 months, and 12-18 months). The simple rhythms and melodies were intended to be pleasantly stimulating, while providing a quieting atmosphere of relaxation, warmth, and contentment. The Soothing Sounds For Baby have been out of print for almost over a decade. Dueto high demand, Music On Vinyl in cooperation with Basta Music now release a limited edition of 750 numbered copies on coloured vinyl: orange marbled vinyl (LP1), yellow marbled vinyl (LP2) and light blue marbled (LP3) vinyl. The 3 records are housed in printed innersleeve and a thick cardboard jacket. The package includes a download coupon containing all the tracks of the albums + an insert with credits and detailed information about this extraordinary release and as a special bonus; an informative booklet by theGesell Institute of Child Development.