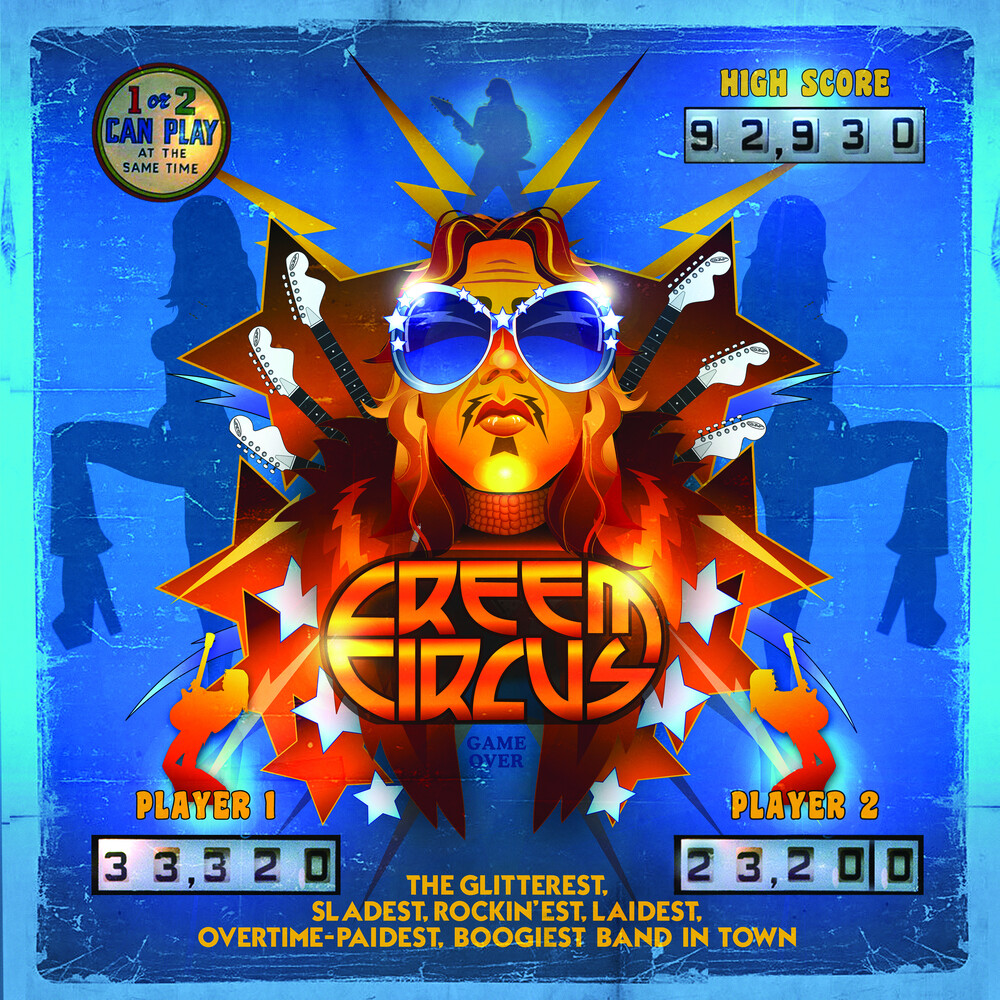 Creem Circus hails from the dirty, grey streets of Fishtown, Philadelphia, just a few block from where Eraserhead was filmed. Created in the basement of DiPinto Guitars on the off hours between making sparkly, glittery guitars, the band got tired of staring at local Philly-ites in their jammy pants, flip-flops and socks and decided to launch some Glitter-Glam Rock goodness. Why do such a thing, you ask? Well, think about it, if they didn't, who would? The band is the brainchild of guitar maker Chris DiPinto, owner of DiPinto Guitars. His retro, glittered-out instruments have ended up in the hands of super rockers such as Cheap Trick, Jack White, Elliot Easton of the Cars, Dick Dale, Earl Slick and the duke of glam rock himself, David Bowie. But making the guitars is not where it stops. The sounds and melodies that can be coaxed out of them is where it really starts to matter and Creem Circus is the culmination of a life's work of making, playing and recording glitter-glam rock. Of course the retro sounds you'll hear on a Creem Circus record will rocket you back to a time when Bolan was king and Slade stomped British bandstands. But seeing them is the complete package; glitter suits, platform boots, bug-eyed glasses and faux fur coats that light up like the northern lights! This is a band not to be missed. Catchy choruses, hard riffin' guitars and floor tom beats that hit like early episodes of Top of the Pops. Or in the words of Creem Circus: "... we are The Creem Circus and we are your favorite band's favorite band. We play hard, glitter, tandem lead, platform-powerchord rock & roll with lots of boogie down soul. We shop in the women's department and our amps are ALWAYS stacked. The time has come to party on down and run away... with the Creem Circus!"