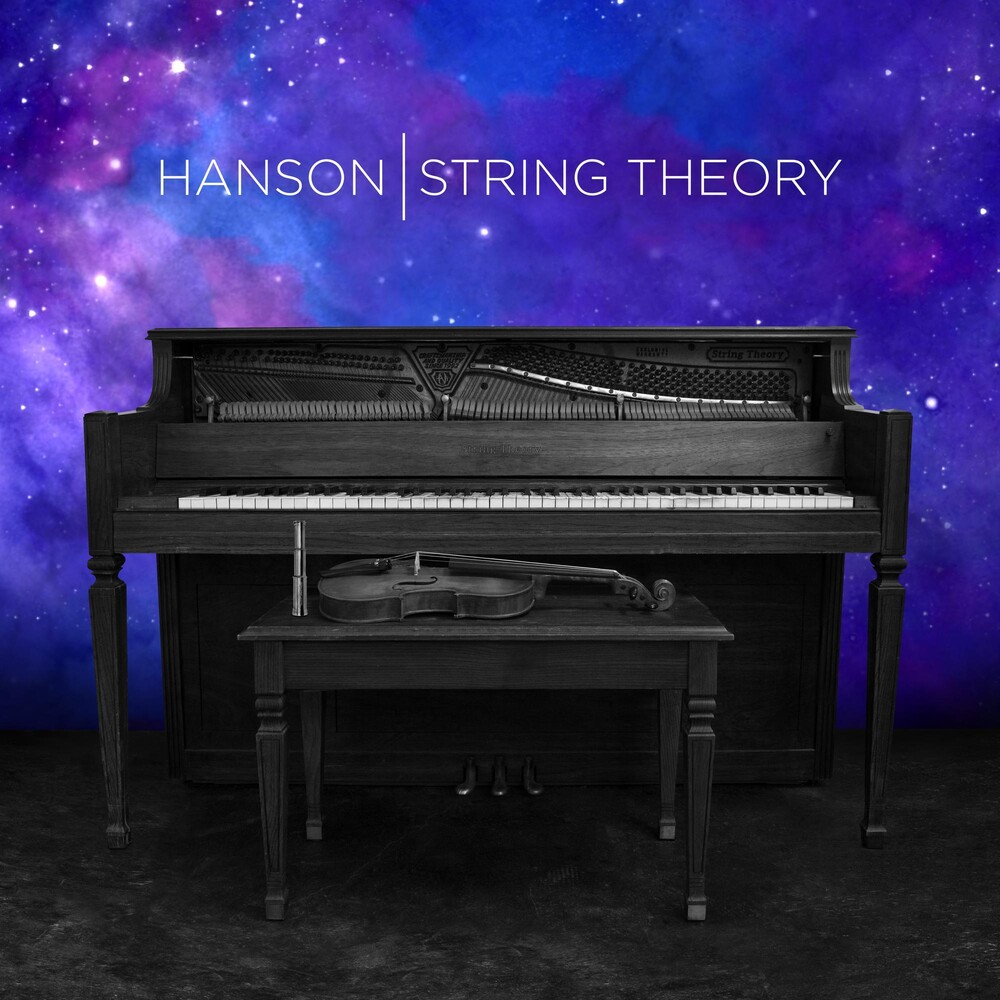 Two CDs. 2018 release from the pop trio. String Theory features the band performing with a 46-piece Orchestra. The album brings together an exciting collaboration of song craftsmanship and symphonic majesty, framing the established trio's music through a special collaboration with Academy award winning arranger David Campbell. Hanson's most ambitious musical project to date features songs spanning the band's career, including some of their best-known material ("MmmBop," "Where's The Love," "This Time Around" and more) alongside brand new or never-released-to-the-public songs ("Reaching For The Sky," "Battle Cry," "Breaktown," "No Rest For The Weary" and more) which tell a story of aspiration, despair, fortitude and ultimately a return to optimism. String Theory is the next frontier for Hanson, telling a story of aspiration and fortitude against the odds. The music resonates with authenticity, coming from a group whose signature is never to chase trends, but instead to stay focused on their melodic craftsmanship, establishing themselves as one of the few artists of their generation able to continually reinvent and reimagine their music, which has helped them to maintain an active global fanbase over 25 years after their founding.