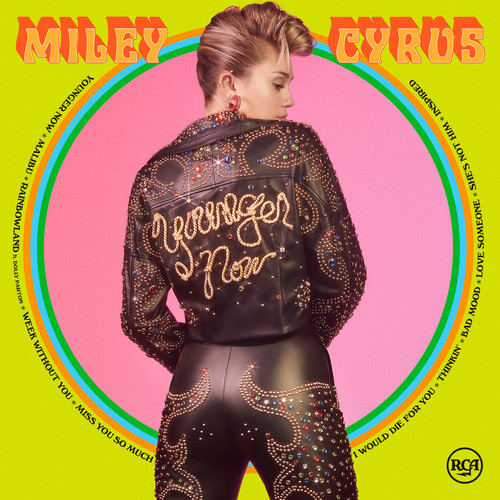 2017 release from the pop priestess, actress, artist and philanthropist. Younger Now is her first full-length project since Miley Cyrus & Her Dead Petz (2015), and her first commercially released project since Bangerz (2013). Younger Now was written and produced by Cyrus and Oren Yoel, with whom she had collaborated on her previous two full-lengths. Not concerning herself with radio airplay, their efforts resulted in an "honest" final product that sees Cyrus "leaning into her roots." Miley Cyrus has five #1 albums including her 2013 Grammy-nominated album Bangerz, which went Platinum in the U.S. She has five sold out world tours and almost 30 million tracks sold. She is one of the most-searched artists in Internet history with over 160 million digital platform subscribers and over three billion video views.