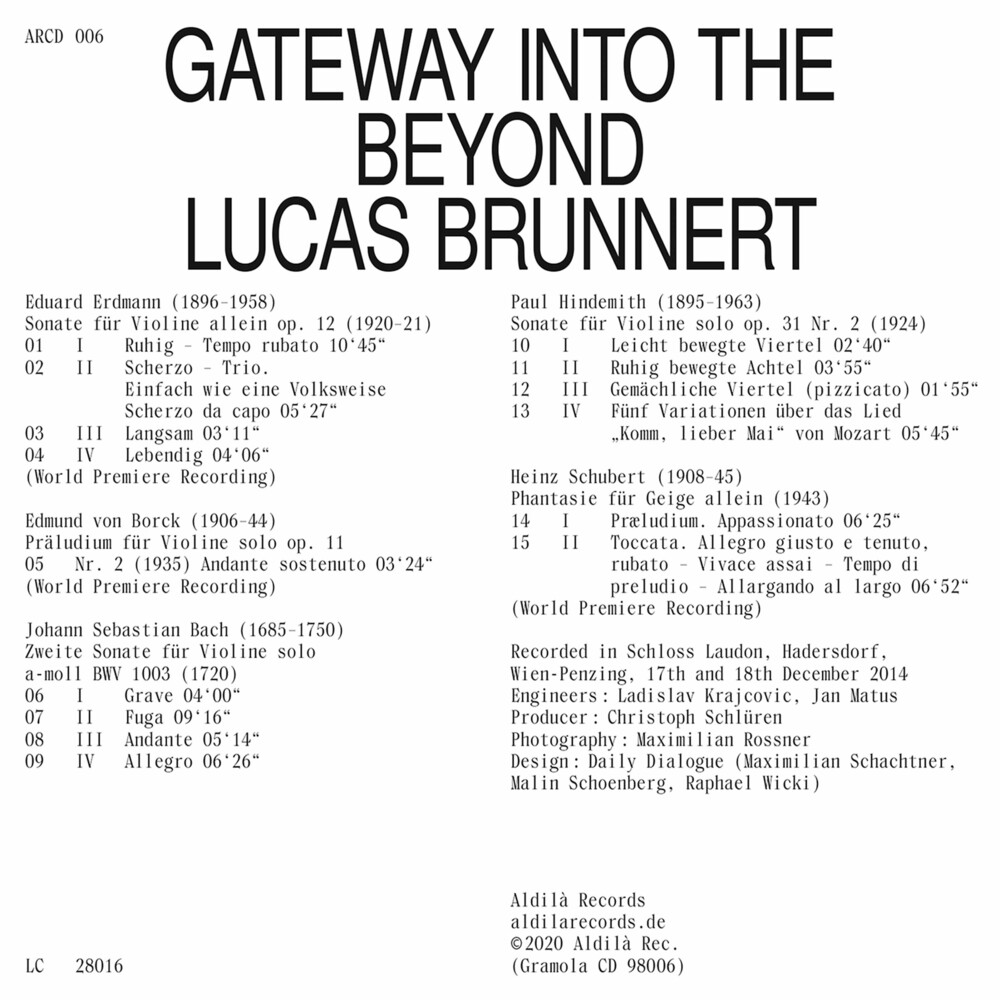 'Gateway into the Beyond' refers to the enigmatic six opening notes of the sonata by Eduard Erdmann - one of the most powerful and complex solo sonatas for violin from early classical modernism, is presented here as a premiere recording. A German album for solo violin juxtaposing four 20th century works written between 1920 and 1943 with the second solo sonata by Johann Sebastian Bach placed in it's center. In addition to Erdmann, two composers who died during World War II are also presented in first recordings: Edmund von Borck with a compact, powerful prelude, and Heinz Schubert with a fantasy written in 1943 during abhorrent times, it's flaming expression of despair amidst all the suffering virtually mystically transcending it at the same time. Paul Hindemith's 2nd solo sonata is a playful counterpoint to both of these existentialist works. He employs variations from Mozart and a jaunty pizzicato scherzo to creates a diversity of connections to tradition. This album is the result of an eight-month period of intense musical collaboration between the soloist and the producer. Lucas Brunnert has proven himself to be a violinist who not only captivates with technical sovereignty, an extremely multi-facetted tone and great intensity, but also particularly understands and fulfills the spiritual, the superordinate context. The listener can experience how Eduard Erdmann's use of Schönberg's free tonality, not a-tonality, is coherent even in the boldest passages and how Paul Hindemith's new harmonies, evolved out of the romantic tradition, unfold an inner vitality with much unexpected humor and ingenuity.